Petroleum Geology of the Persian Gulf

The intention of this book is to provide a detailed synthesis of the available information published on the petroleum geology of the Persian Gulf. Despite the intensive petroleum exploration which has taken place in the Persian Gulf over the past seventy years, relatively little has been published in the petroleum geology literature. One of the main reasons for this is that many of the studies are undertaken either for or by oil companies, who, for competitive reasons, impose restrictions on publication to maintain confidentiality. This information wilt aid in estimating oil and gas reserves as well as improving field development technology. Much work remains to be done regarding the geology of the Persian Gulf. The need for a book on the geology of the Persian Gulf is therefore clear, and it is hoped that it will continue to provide a useful reference manual and resource of ideas for students as well as professionals. As it is almost always the case with a book of such nature, it is impossible to provide comprehensive and thorough coverage of geologic and sedimentologic studies in the Persian Gulf. Although this book is not intended to give an impression of the breadth of studies being carried out and the variety of approaches implemented, it should hopefully begin to rectify this and provide information on some of the key points. Progress in the oil and gas producing industry is related closely to the improvement in exploration techniques and increase in discovery rates. Indeed, exploration and production of hydrocarbon resources must be based on reliable scientific information. A considerable amount of geological, geophysical, petrophysical, geochemical, and engineering information has been gathered over more than decades of oil and natural gas exploration and production in the Persian Gulf. The geological history of this economically important region has become increasingly better-investigated in recent years and this trend will undoubtedly continue.

This book takes the reader through the most fundamental description of geological history in the Persian Gulf region. Geoscientific knowledge concerning the Persian Gulf region has been widely scattered in many published works and attempt has been made to survey these materials. The present book also has an important academic purpose. The compilation and editing of this book required the assistance and cooperation of many people. A number of reviewers also dedicated their time to significantly improve the technical merit of each contribution. It is hoped that the present contribution to the geology of the Persian Gulf will be of interest to stratigraphers and sedimentologists as a general background reference book, to those involved in geophysical exploration, and to environmental geoscientists who are interested in protecting the natural environment of the Persian Gulf as one of the most valuable and magnificent parts of the world.

This book contains eleven chapters. It provides a broad introduction to various aspects of the geology of the Persian Gulf.

Chapter one provides a general introduction including a brief historical background on the Persian Gulf and its significant history and also some remarks about the history of oil exploration.

- CHAPTER 2: OCEANOGRAPHY OF THE PERSIAN GULF

Chapter two is concerned with the physical oceanography of the Persian Gulf including the description of water circulation and hydrological aspects, water chemistry, and movements of water. In general, the Persian Gulf has been the subject of extraordinary neglect by modern oceanographers, remarkably so in view of the economic and political importance of the area, and the vast amount of marine trade carried on, principally in tanker traffic. This chapter emphasizes the need for better oceanographic knowledge of the Persian Gulf.

- CHAPTER 3: STRATIGRAPHY OF THE PERSIAN GULF

Chapter three mainly addresses the stratigraphy of the rock successions in the Persian Gulf region with a description of the Precambrian to Recent rocks. The paleogeography, paleontology, and facies of the Persian Gulf are also reviewed. Many stratigraphic columns have been studied by various workers from both sub crops (well logs) and outcrops (measured) sections in various parts of the Zagros Belt and the northern Persian Gulf. Based on this database and available published stratigraphic, sedimentological, and petrographic information, a description for each stratigraphic unit has been presented in this chapter. Such work forms the basis for a synthesis of the uppermost Neoproterozoic through Phanerozoic successions and provides a framework upon which a scheme for the Persian Gulf region's geologic evolution can be established.

Chapter four is on the source rocks for hydrocarbons. The petroleum charge system requires source rocks, which must be capable of generating and expelling petroleum, and have a migration pathway into the reservoir unit. Possible source rocks within the Persian Gulf and the surrounding region and their potential have been presented in this chapter. In different parts of the Persian Gulf, sediments of quite different types and ages have been suggested as the source rocks, and evidently, quite different organic materials are candidates as sources. The quantities of organic sediments have been regarded as inadequate for the production of oil and gas and would probably be seen to be much more inadequate still if one allowed for the large natural seepage rate of the region observed since ancient times.

Chapter five is confined to a selection of representatives. relatively well-documented accounts of carbonate and clastic reservoirs in the Persian Gulf and surrounding region. One of the objectives of this chapter I to focus on the geology of a select number of reservoirs and to present geologic case studies. The cases also demonstrate the depositional settings and facies, diagenesis and the resulting petrophysical modification of these facies, and the reservoir properties that resulted from all these interrelated factors. The small number of reservoirs cited in this chapter provided a reasonable representation of known reservoirs ill the Persian Gulf since carbonates are the principal reservoirs in the majority of the oil fields. The chapter also focuses on the lithology and depositional settings of the producing formations of the Persian Gulf and describes the habitat of the hydrocarbons (sources, reservoirs, and seals) for the region. Non-producing formations are also described to give the reader a general sense of local stratigraphy.

Included in this book (i.e., Chapter six), is a chapter on caprocks. Petroleum generation remains the rate-limiting factor in the formation of a petroleum system but competent caprocks are vital for commercial accumulations of petroleum in the sedimentary basin. The characters of efficient seals, including the regionally extensive evaporites and shales, especially in Upper Jurassic, Cretaceous, and most importantly Miocene have been described.

- CHAPTER 7: TECHNICS OF THE PERSIAN GULF

Salt Diapirism is dealt with in chapter eight. The subject of how structures are evolved is very important to understand because they are associated with major hydrocarbon reserves in the Persian Gulf. In this regard, salt diapirism plays a very important role. Dr. Abbas Bahroudi is the main author of this part of the book and he has extensive experience in the salt tectonic of the Persian Gulf region.

Chapter nine is concerned with some of the oil fields located in mostly Iranian waters of the Persian Gulf. This includes the development, exploration, and production history of the field and a summary of stratigraphy and reservoir characteristics. In the Persian Gulf, similar to the onshore region surrounding it, a close association of suitable source rocks and high-quality reservoirs appears to be the most significant factor in the development of the great productivity of the Persian Gulf region. The main idea for organizing the chapter comes from Mr. Homayoun Motiei.

Chapter ten is a review of the geophysical activities during the past few decades and the initial draft was contributed by Mr. C. Amir Behboodi and Mr. A. Memarzia and revised by Dr. F. Ghazban. The chapter also provides me with the results of 3D seismic interpretation performed by geophysical consultants on some of the oil fields in the Persian Gulf. 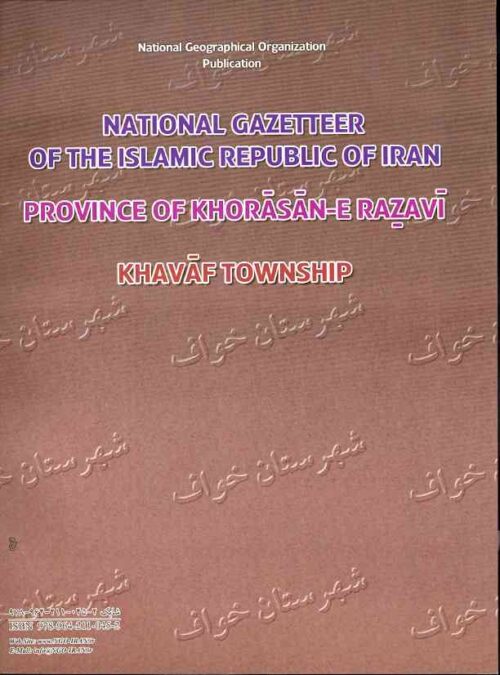 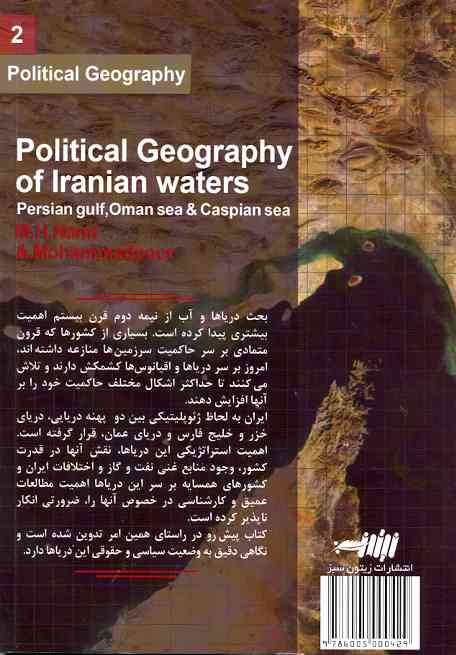 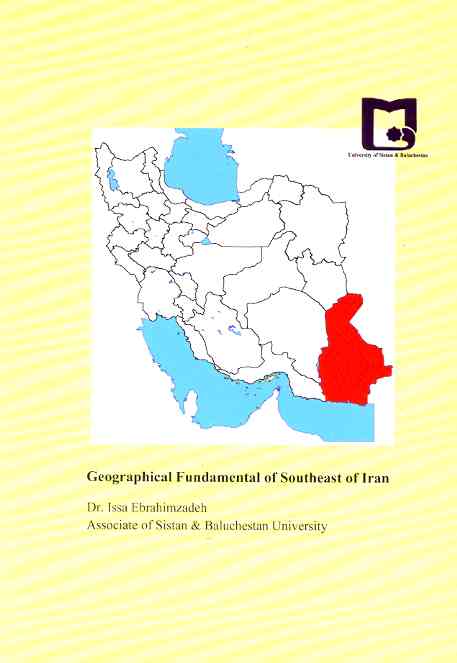 Geographical Fundamental of Southeast of Iran 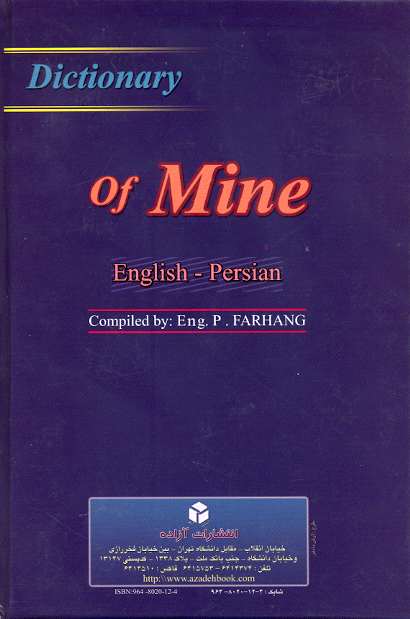 Dictionary of Mine: English-Persian 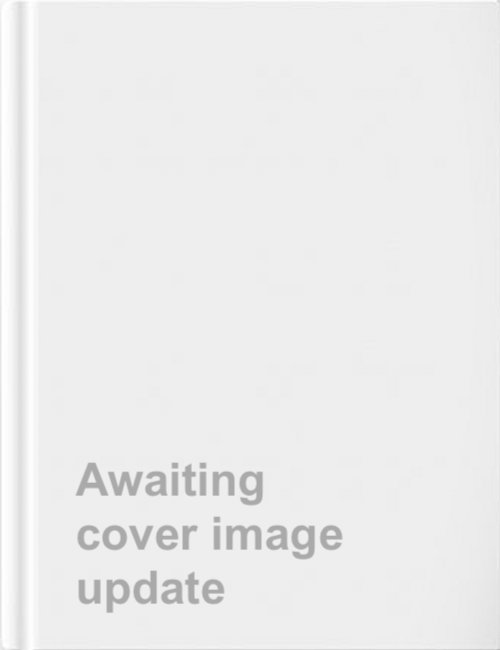 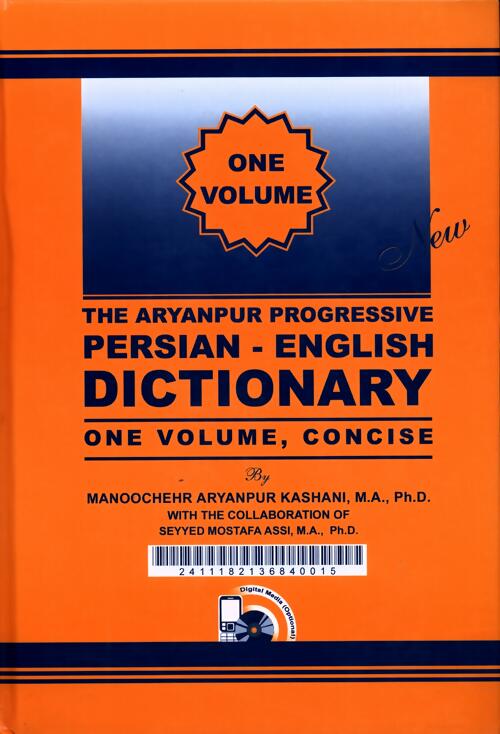 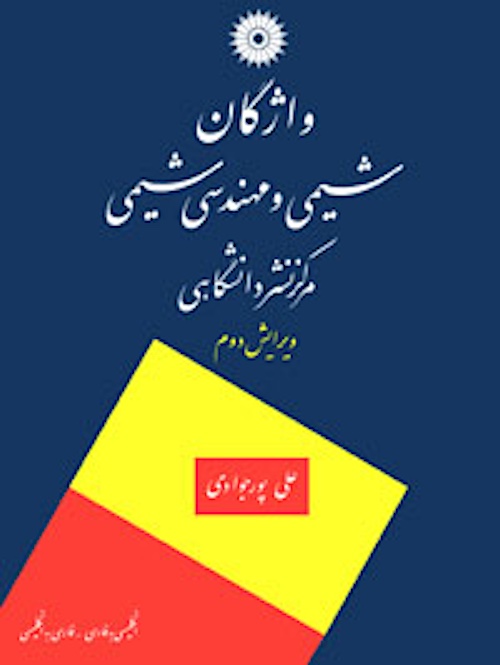 Vocabulary of Chemistry and Chemical Engineering 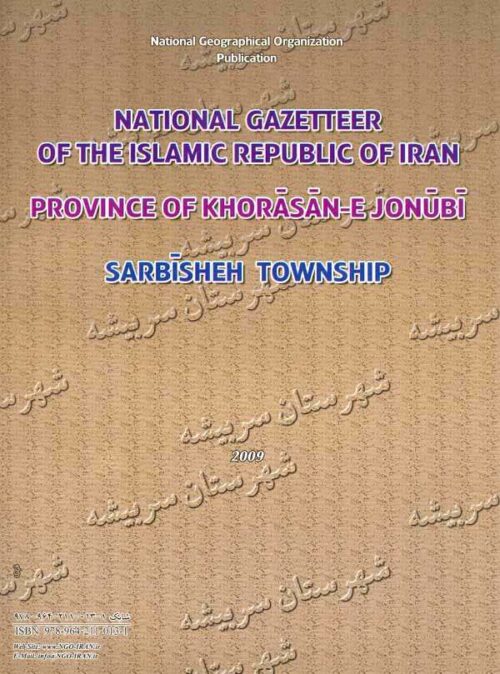 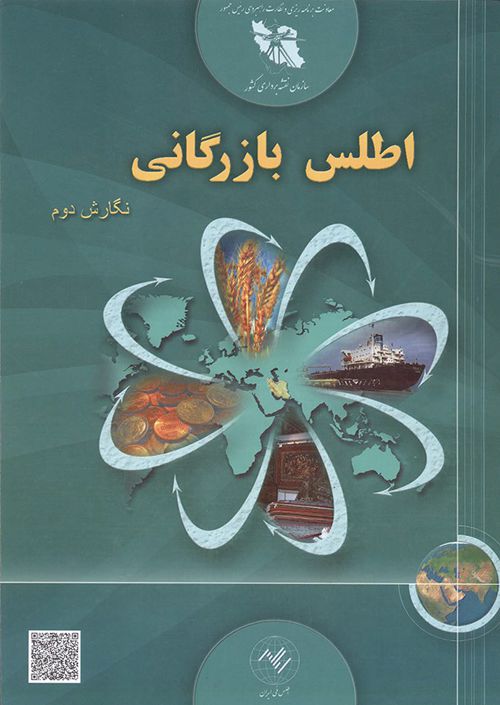 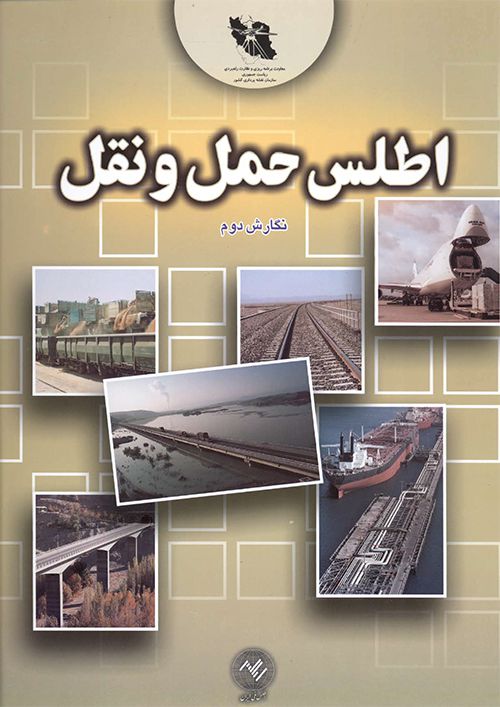 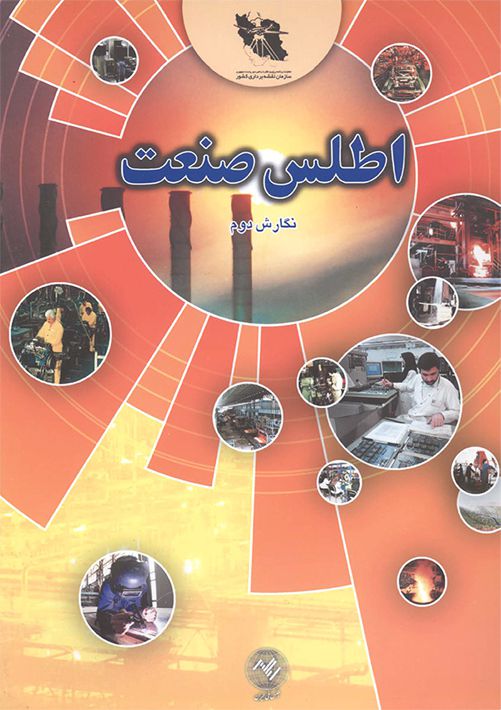 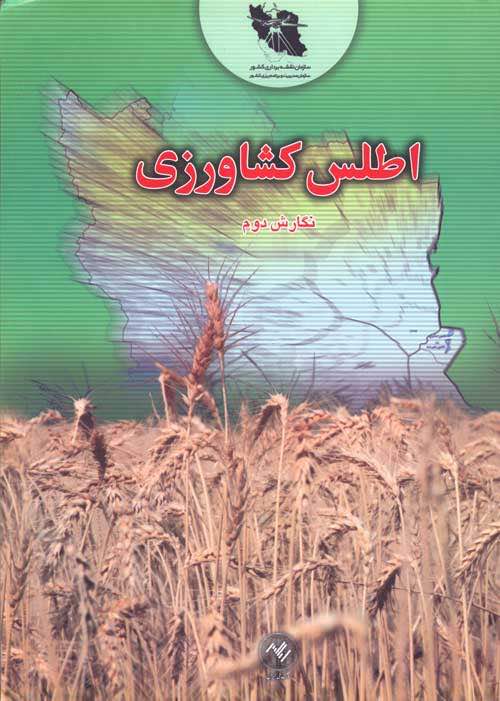 National Atlas of Iran: The Environment 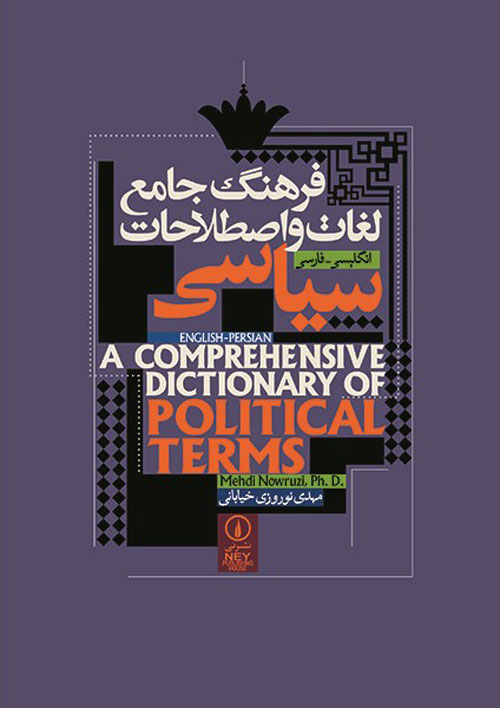 Due to the impact of Covid-19, we are experiencing some delays in order deliveries. Thanks for your patience and understanding at this time.
We use cookies on our website to give you the most relevant experience by remembering your preferences and repeat visits. By clicking “Accept”, you consent to the use of ALL the cookies.
More info Accept